A lot of tech upgrades were made to the 3,400-seat Dolby Theatre to pull off the 87th Annual Academy Awards yesterday in Hollywood, CA. Miles of fiber-optic cables were rolled out, a 4G LTE cell tower added, and motors, seats, and a screen were removed from the theater, all in anticipation for the big night. 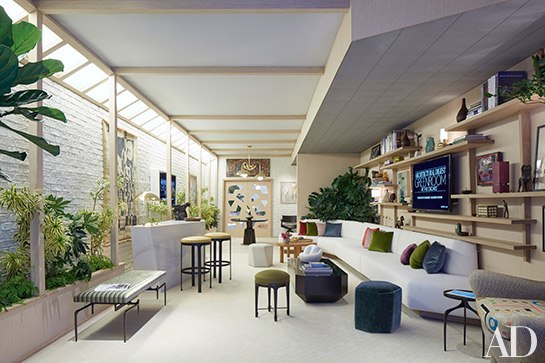 For the first time ever, technology helped stars and their fans connect through social media during the show. This year, the Oscar green room, designed by Architectural Digest with the help of eventual Best Actress winner Julianne Moore, had Samsung tablets and a “GIF mirror” to let celebrities send out their emotional reactions over Twitter. New this year, to top last years Twitter Mirror in the Greenroom, the so-called “GIF-Cam ” powered by Twitter, aimed to capture celebrities reactions. According to Twitter, the cam took a series of four photos and made a GIF out of them. Celebrities could also put their signatures on them.

You may remember Samsung striking marketing gold last year with Ellen DeGeneres’ selfie on a Note 3. The Oscars has become a showcase for the brand and it’s new products, again used by the 2015 “Team Oscar” award winners.

Event television like the Oscars is now considered, thanks to social media, to be a participatory experience and in some cases, a contact sport. According to Twitter, last year more than 5 million people sent 19.1 million Oscar-related tweets in the 12 hours before, during and after the show (5 p.m. to 5 a.m.). Those tweets were viewed 3.3 billion times. That’s no small feat of engagement from what has historically been a passive audience and the trend doesn’t appear to be slowing down.

Event professionals can be inspired by the fun and innovative uses of technology at the Oscars in an attempt to capture some of the same social media engagement from their attendees.