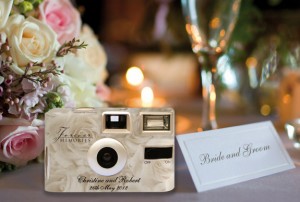 Have you ever been to a wedding where the bride and groom put a disposable camera on each table, hoping that they’ll end up with 240 amazing photos taken by their guests? While, I have yet to see this concept done on a larger scale like a conference, it’s hard to deny that our attendees like to share photos. On twitter, a tweet with a photo has 5x the amount of engagement as a text only tweet. As they say, a picture is worth a thousand words. What if I told you there was an app that acted like a disposable camera, giving you and all your attendees 24 photos to take in 24 hours. Then, everybody got sent a link to an online gallery that showed everybody’s photos. Would you use it? The team behind the new app Dudr sure hopes so. 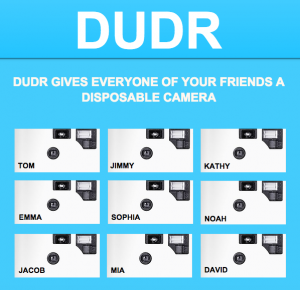 Dudr, created by a German startup, launched a few weeks ago on iOS with the idea of mimicking the effect of giving a group of friends a bunch of disposable cameras to snap photos at the same event. Dudr’s gamification element is amped up by a requirement that these conjoined digital photo shoots are time-limited to 24 hours and that participants can only take 24 shots apiece. The app works by using a location-based trigger system to simplify setting up a time-limited group hoto shoot on Dudr. It works by users simultaneously pressing and holding a button in the app when they are in the same location. After the 24 hour period ends everybody gets a link to the gallery with everybody’s photos.

The app is free to download and has some huge potential for making photo-sharing just a bit more fun and giving event planners the ability to engage their attendees in a new way. Will you be using Dudr at your next event?