If you’re in town next month for Washington DC’s Cherry Blossom Festival after enjoying the sight of those beautiful, delicate blooms at the peak of their beauty give your sense of sound an equally amazing treat. Make your way to the Smithsonian’s National Museum of American History’s new exhibit where you can hear for the first time the voice of one of the world’s greatest inventors. 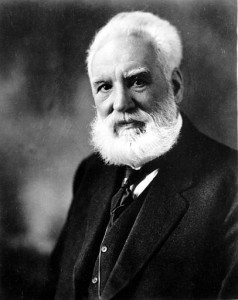 Alexander Graham Bell is universally known for inventing the telephone, a device that’s morphed into today’s smart phones. While his transformative invention has allowed people to hear each other’s voice for more than 130 years, until now no one knew for sure what the inventor himself sounded like. “Hear My Voice” is a new exhibition where visitors can listen to the sound of Alexander Graham Bell’s voice. How cool is that?

Here’s a bit of background on this extraordinary exhibit: Researcher from Smithsonian’s National Museum of American History in collaboration with the Library of Congress and Lawrence Berkeley National Laboratory authenticated Bell’s voice on one of the earliest recordings ever made.

The 1885 recordings were among the museum’s collection items from Bell’s Washington DC based Volta laboratory. A recently discovered transcript of the recordings written on a loose piece of paper was signed, dated, and ended with “in witness whereof, hear my voice, Alexander Graham Bell.”

The recording disc was submitted to a noninvasive optical sound recovery process on Library of Congress equipment developed by the Berkeley Lab, allowing for the contents of the recording to be audibly matched to the transcript and for the positive identification of Bell’s voice.

“Identifying the voice of Alexander Graham Bell—the man who brought us everyone else’s voice—is a major moment in the study of history,” said John Gray, director of the museum. “Not only will this discovery allow us to further identify recordings in our collection, it enriches what we know about the late 1800s—who spoke, what they said, how they said it—and this formative period for experimentation in sound.” 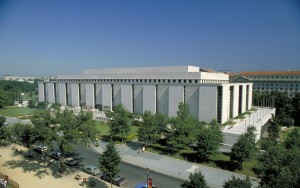 The National Museum of American History is currently renovating its West exhibition wing, developing galleries on business, democracy and culture. For more information, visit http://americanhistory.si.edu. The museum is located at 14th Street and Constitution Avenue N.W., and is open daily from 10 a.m. to 5:30 p.m. (closed Dec. 25). Admission is free. For Smithsonian information, the public may call (202) 633-1000.