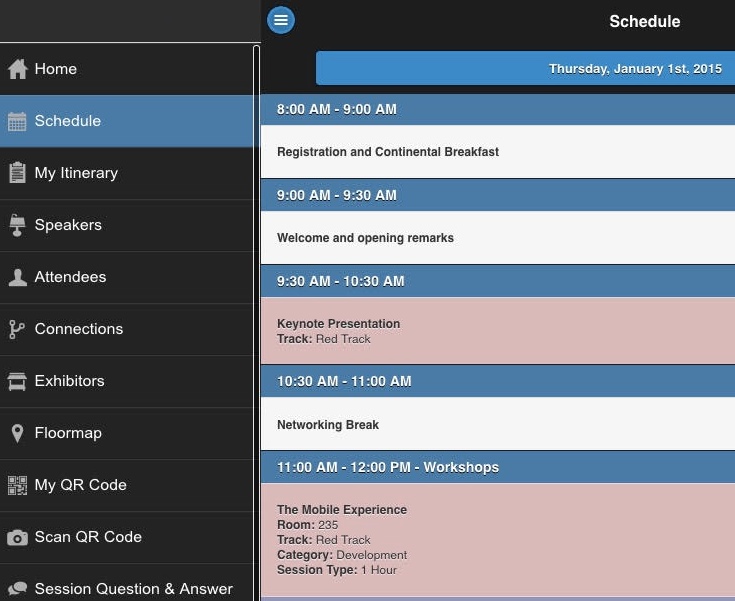 The demand for mobile event apps for attendees is red hot. Event branding is very important to show producers, so it is important to package the event app in a way that reflects the brand as much as possible. Currently the most effective way of doing this is to “private label” or “white label” the event app. This type of labeling maximizes the brand by listing the app under the event or organization’s name in the app store, customizing the start up or “splash” page, and setting the look and feel of the app to reflect the event’s branding. White labeling is so popular that the Google Play and Apple app stores are deluged with white labeled event apps.

Unfortunately for those who love their white labeled app, the Apple Store has made a change that seems to signify that they will no longer allow such entries. The policy in question is Apple developer’s rule 4.3 and it seems to indicate that, in effect, the same app with just a different name and appearance will no longer be accepted into their store. So let’s dive into what this all means.

Why is Apple making this change?

As of March 2017, there were 2.8 million apps in the Apple store. A very large number of these are “spam” or “copycat” apps. Many popular apps, like “Flappy Birds”, are relatively easy to develop. This encourages legions of copycat programs with slightly modified names. A good developer could write a “Flashlight” app and submit it to the store in less than a day.

One common practice is for developers to submit the same app into the store repeatedly with just a slightly altered name. In effect, the Apple store is often a guinea pig for what marketers call A/B testing. Rule 4.3 singles out apps that have “different versions for specific locations, sports teams, universities…” since large variations of these can be easily produced.

Unfortunately, white labeled apps fall into a grey area that is very similar to the A/B testing case. Since commercial event apps usually use the same code base with just different “assets” (graphics, text, and so forth) they can be considered part of the mass-production-factory-line similar to the sports teams apps.

What is the timeline for these changes?

When Rule 4.3 starts being enforced, the Apple Store will start rejecting apps that are deemed in violation of its policy. As of October 2017, EventRebels has not seen a rejected app nor are we aware of any event app from another vendor that has been declined. HOWEVER, in June 2017, the non-event company Dashride reported a Rule 4.3 rejection and is having difficulty getting around the policy.

The general consensus is that the policy will see a new level of enforcement after January 1, 2018. While there is still much uncertainty in the air, EventRebels is advising customers that it is unlikely that new white labeled event apps will be accepted in the Apple Store after that date.

We have an existing white labeled app, will it go away?

Apple does not plan to remove existing white labeled event apps from the store. However, Apple has also indicated that, in the future, updates to such apps will be blocked. Since updates are a necessary part of keeping the software current, it is safe to assume that, within a few years, your white labeled app will no longer be viable.

What about apps in the Google Play/Android store?

The Google Play store policies are not as restrictive as Apple. However, it does not make sense to have a white labeled app in one store and not in the other. The main reason for this is the high level of confusion that will be created among attendees if there are two different event apps from which to choose. Consequently, you should see a corresponding great reduction in the number of new white labeled event apps in the Google Play store.

We need an Event app. What happens now?

The Apple move has led to the rise of two terms to describe the most viable event app options:

In short, mobile event app vendors that have a universal app, such as EventRebels’ ERMobile, will already have an easy to implement and cost-effective solution to Apple’s ban on white labeled apps.

How do my attendees find out about our event using a Universal App?

One of the great advantages of the white labeled mobile event app is that it is easy for attendees to find in the app store. In most cases, just typing in the conference name would point to the app for downloading.

Apple’s change promises to make the downloading process a lot less straightforward. Since attendees typically do not know which company is producing the “universal app,” they would not know to how to download that product. Consequently, it is ESSENTIAL that you communicate regularly and clearly to the attendees on how the app is to be accessed.

Email, of course, is the best mechanism for communicating app information to your attendees. Best practice typically involves placing this information in a “Know Before You Go” Email. However, this email should be just one element of your app promotion strategy. Here are some great techniques to help attendees get started with your mobile event app.

Are these changes a good thing?

The best thing about Apple’s new policy is that you will no longer have to go through the process of submitting an app to the store and dealing with subsequent rejections and delays. In general, this will result in app builds being much easier. If you are using a universal app such as ERMobile you will have quicker access to new features that will enhance your attendee’s experience of your event.